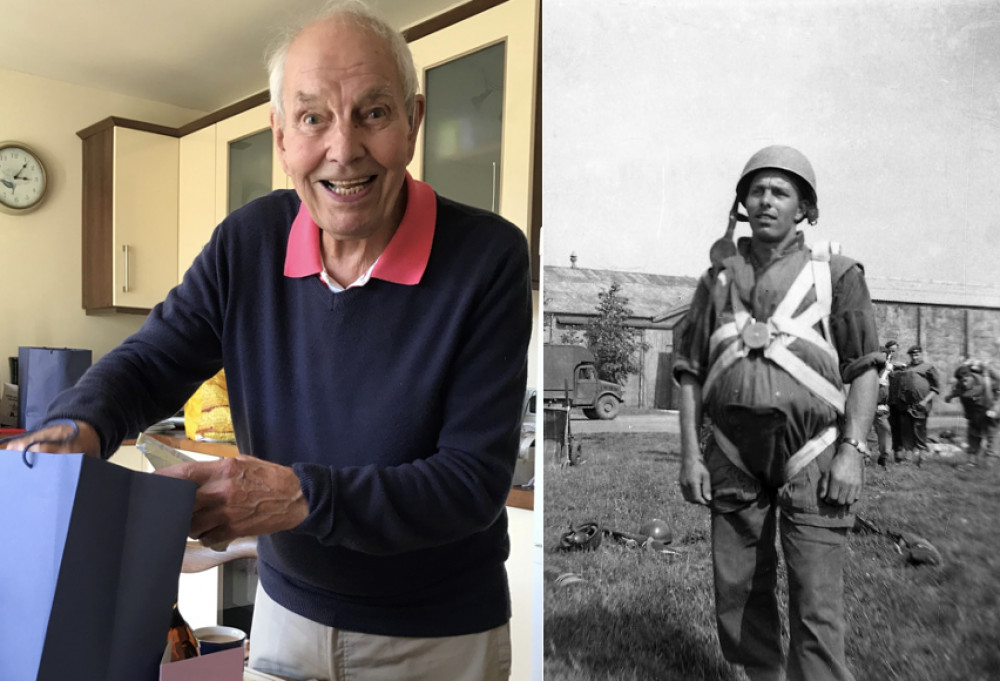 Ken came to Wells in the 1950s, and decided to stay when he met his wife. Together they raised a family, and Ken lived in the city for the rest of his life.

Described as a "real character" by his sons, Ken was a well-known figure in Wells. He worked for Wicks Removal, before opening a grocery shop on St Thomas Street in the late 1950s.

His shop became something of a community hub, with people congregating there and chatting as Ken busily sliced ham and cut them portions of cheese. Children from the St Thomas school across the way would call in to spend their pocket money, choosing sweets from the rows and rows of jars lined up on shelves, and patients on day release from the hospital just up the road would pop by to buy pipe and rolling tobacco and sucking sweets.

As supermarkets and bigger shops opened in Wells, demand for the grocery store started to dwindle, so Ken turned it into an antiques shop. Over the years he restored many pieces of furniture people in the area, including the Tudway-Quilter family and the Bishop of Bath and Wells. Ken only retired a few years ago, at the age of 89, and the old "Antiques" sign still remains on the outside of the building. Even after retiring Ken refused to remove the sign on the grounds that he would have to apply for planning permission to put up a new one.

Ken was a familiar face at the Old EMI Club, then the New EMI Club, and latterly the Tramways. He would walk there, enjoy a few pints followed by some Navy rum chasers, then walk home to St Thomas Street – often after midnight.

His granddaughter would frequently spot his distinctive dayglo orange hat bobbing along the pavement as she drove home from her job as a pub manager, and would try to persuade her grandfather to accept a lift the rest of the way home.

Ken played darts and skittles. At the age of 89 he became possibly the oldest member of the Mendip Hunt Skittles League, joining the team at the Britannia Inn – where he was given the nickname "Antique" – and would travel around the Mendips with his teammates taking part in skittles competitions.

Prior to settling in Wells, Ken had a varied life. He joined the Army when he left school and became a paratrooper, and one of his favourite tales to regale to his children was how he was "personally responsible for the liberation of Guernsey." Ken was immensely proud of his time in the parachute regiment and counted it among his greatest achievements.

He left the Army after the Second World War and worked in the coal mines in Pensford, before deciding to rejoin the Army. He was in the Signal Corp in Palestine, and also spent time in Cyprus.

When he came out of the Army again, Ken joined the Merchant Navy and was a stoker on the banana boats going between Bristol and Liverpool and the Caribbean. On the way out the job was relatively easy, only having to shovel the coal a few metres at a time, but on the way back – with the boat stocked with bananas – it was a much more arduous task as the coal had to be moved greater distances.

Ken's funeral will take place at 11am on Friday (June 24) at St Thomas Church, with a wake afterwards at the Tramways. Anyone who would like to pay their respects is welcome to attend.